How to Watch the Ball Drop on Roku 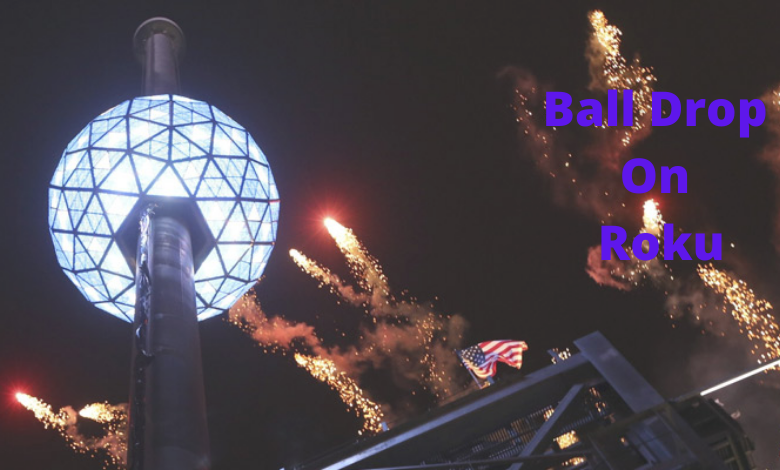 Can you believe that the Times Square Ball Drop ceremony is a century-old? For the first time in history, an iron and wood ball that weighed 700 pounds with 100 lightbulbs was dropped over Times Square in 1907 on New Year’s Eve. Today the ball weighs nearly 11,875 pounds with 3000 Waterford Crystal and 32,256 LED lights. It can produce 16 million colors and billions of patterns. It is one of the events in America, especially for the New Yorkers. But it will be hard to watch live. We can watch it in the comfort of our home on your Roku-connected TV. Here are the ways to stream the Ball Drop event on Roku.

How to stream the Ball Drop Live on Roku?

Almost all the cable or satellite TV providers will stream the event live on New Year’s Eve. The event will be telecasted on CNN, NBC, Fox, ABC, etc. All these channels are available with the Roku Channel Store. Moreover, there are other streaming service providers available to stream the event on Roku. Sling TV, TBS, Hulu + Live TV, Fubo TV, AT&T TV, etc.

With CNNgo on Roku, the users will be getting access to the channels like CNN, CNNi, HLN. CNN streams the Ball Drop event live. It is a TV Everywhere which you will be getting along with the Cable or Pay-TV service provider. The channel is available on the Roku Channel Store for free. All you need to do is install the app and stream the event on the New Year.

Another American channel that will potentially live stream the Ball Drop event is NBC. So it is easy to install the NBC on Roku as the channel is available on the Roku Channel Store. It is a standalone streaming application that costs $4.99/month with ads and $9.99/month without ads. You can install and activate the channel to watch the event live.

Fox News is a subscription-based standalone streaming service that features a live stream of Ball Drop every New Years’s Eve. It costs $5.99/month and $64.99/year. Fox News channel is available on Roku Channel Store. All you need to do is add Fox News on Roku and activate your account. Turn on the streaming on New Year’s Eve to watch the event.

Another American Television channel to stream Ball Drop is ABC which is an official channel available on Roku. The channel streams various movies, TV shows, and various other live streaming channels. This is a TV Everywhere application, so the user must need a participating TV service provider to stream the contents. The channel can be added on Roku for free.

Another way to stream the event is to add TBS on Roku. It is a TV Everywhere application, so obviously, the user needs a participating TV service provider subscription to stream the contents live. The channel can be added and activated to watch the Ball Drop event on New Year’s Eve. The channel is also available with the service providers so that you can stream without cable.

Hulu has come up with live TV streaming with 65+ Live TV channels to stream. The channels include NBC, ABC, CNN, Fox News, TBS. All these channels will stream the Ball Drop event live, and few other options also stream the event on-demand. The subscription costs $64.99/month with ads and $70.99/month without ads. Hulu is available on Roku, and you can install it directly on your device.

Can you watch Ball Drop on Roku?

Yes, you can watch the event on Roku on live streaming. The above-mentioned channels will help you to stream the events on New Year’s Eve.

When the ball will be dropped?