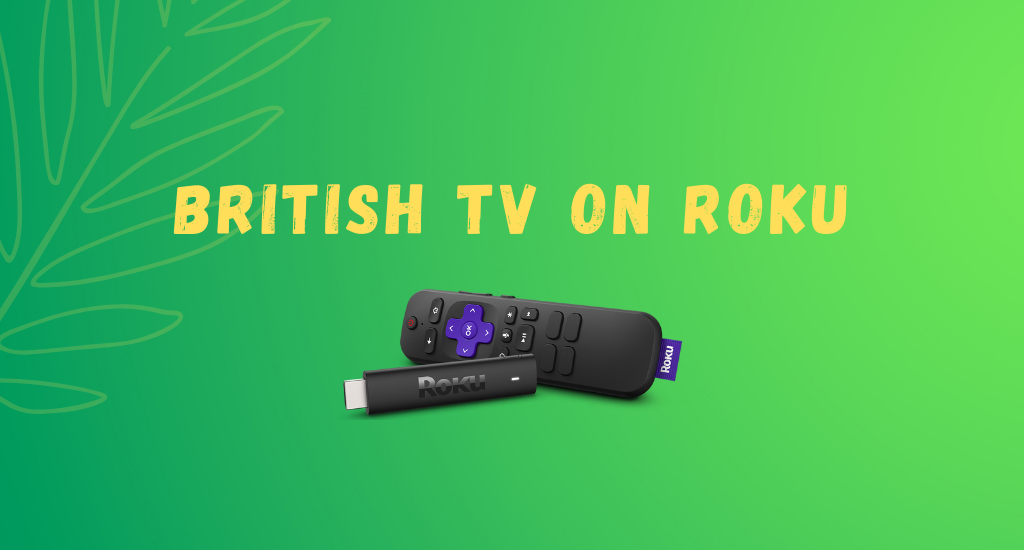 If you are interested in watching British TV channels on Roku, then you are at the right place. You can access a variety of apps on Roku, including HBO Max, Netflix, and YouTube. However, the library isn’t restricted to these popular apps. The Roku Channel Store is rich with more interesting apps, including the ones with British content. So, with this guide, you can find all the possible ways to watch British TV on Roku.

The British TV channels you can find in the Roku Channel Store have a variety of content, including movies, TV shows, and more.

Acorn TV on Roku is a subscription-based streaming service with British shows and movies. The subscription plan on acorn TV will cost you $6.99 per month or $69.99 per year. With the Acorn TV subscription, you can access the channel on four devices at once along with a free trial. Acorn TV has both acquired content and original shows, including titles like Peep Show, Vera, Line of Duty, Manhunter, and other shows.

Amazon Prime Video on Roku is one of the best media streaming services with exciting movies and TV shows. The app library has content in different languages, including British content. You can subscribe to Amazon Prime Video at $12.99 per month. The subscription will give you a thirty-day free trial with additional benefits. The titles you can watch with Amazon Prime Video include The Night Manager, Line Of Duty, The Outlaws, and Grantchesters.

BritBox on Roku is a British content streaming service based on exciting subscription plans. You can get subscribed to BritBox at $6.99 per month or $69.99 per month. You will also get a seven-day free trial with the subscription. The library is filled with titles from different genres, including comedy, drama, crime, romance, and more. The most attractive feature of BritBox is that it has TV series and movies from the past decades. Titles not to miss on BritBox include Luther, The Office, Line of Duty, Spooks, As Time Goes By, and Father Ted.

FilmRise on Roku is a British TV that has the best collection of movies and TV shows streaming for free. You don’t need to pay for any heavy subscription on FilmRise. The library is rich with a variety of different genres that you are looking for. Also, you can find the movies and TV shows of your favorite stars on the app. Popular shows on FilmRise include Midsomer Murders, To The Ends of The Earth, Shameless, and The Take.

HBO Max on Roku is a must-have streaming service with exciting content. The content on HBO Max also includes British shows that you would like. HBO max has 4K titles, including British shows. The app is completely based on a subscription that starts at $9.99 per month. The British titles on HBO Max include Starstruck, Pride and Prejudice, Scott & Bailey, The King’s Speech, As Time Goes By, and Death In Paradise.

Hulu on Roku is one of the much-loved on-demand content streaming services. It has the best collection of movies and TV shows. They cover all possible genres, including drama, comedy, thriller, and more. The Hulu library is also rich with British titles, including Little Britain, Killing Eve, Bedlam, GameFace, Dead Boss, Miranda, and Outnumbered. The Hulu subscription will start at $6.99 per month.

Netflix on Roku is one of the most exciting streaming services with the most exciting content. The app has content from different countries, including British shows and movies. Netflix has different subscription plans to choose from, starting at $9.99 per month. The most exciting British titles on Netflix include Collateral, Marcella, Peaky Blinders, The Great British Baking Show, and The Crown.

PBS on Roku is an interesting free streaming service with British content for users in the United States. The app has a very simple user interface, and the library will amaze you with its exciting titles. The titles on PBS include newly released movies and TV shows. The exciting titles on PBS include Around The World In 80 Days, Poledark, Prime Suspect, Doctor Who, and All Creatures Great And Small.

1. Is BritBox free with Roku?

No, you have to pay for a subscription to access the BritBox platform on Roku. Also, you will get a 7-day free trial with the subscription.

2. How can I access British TV channels on Roku?

You can watch British TV shows on Roku with platforms like Acorn TV, BritBox, Netflix, and Amazon Prime Video.