How to Watch The Daily Show on Roku [9 Ways] 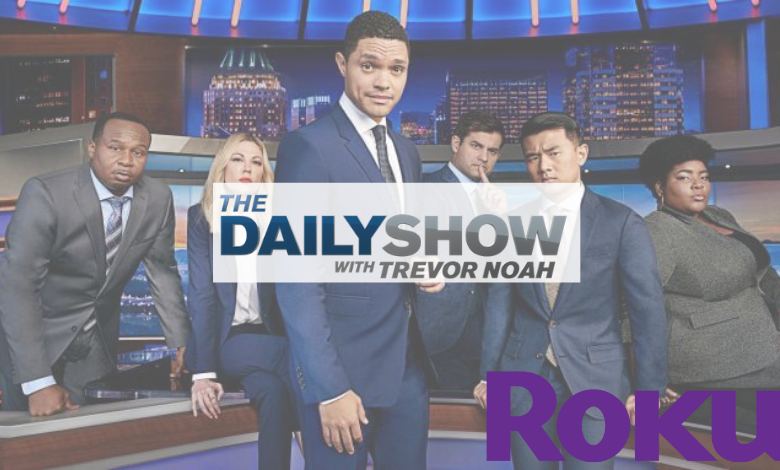 The Daily Show is a satirical TV show that has been aired on the Comedy Central cable TV network since 1996. In the beginning, the show was all about political commentary. Later, it becomes more focused on a critique of traditional media. So it is basically a News show that runs for half an hour. So, in short, the Daily Show is a comedy News show featuring humorous takes on the top stories. This popular show is available on Roku with various streaming channels. Let us look into the possible ways to stream the Daily Show on Roku.

The Daily Show on Roku

1. Turn on your Roku streaming device and connect it to the internet.

2. Press the Home button to navigate to the home screen.

3. Click on the Streaming Channels option on the home screen. You will be navigating to the Roku Channel Store.

6. Now click on the Add Channel button on the app installation screen. Wait for the channel to add to your Roku device.

7. Now, you need to activate the channel. Launch the channel and follow the on-screen instructions to get the activation code.

8. From your phone or computer web browser, go to http://www.cc.com/activate.

10. The channel on your Roku will refresh, and you will be getting the channel’s home screen.

Alternative Ways to watch The Daily Show on Roku

Philo is one of the best streaming service providers that feature 60+ popular channels at just $20/month. The channel is available on the Roku Channel Store to install and stream the Comedy Central Channel. Apart from the live TV channels, it also features various on-demand content.

Hulu streaming service also has got the live TV channels. It features nearly 65+ Live TV channels along with various on-demand content. The ad-supported Live TV costs $64.9/month, and the ad-free live channel streaming costs $70.99/month, and Comedy Central is one of the channels featured.

The Fubo TV also features the Comedy Central live TV channel. So the users can stream the Daily Show. It offers three levels of subscription: Fubo Standard costs $59.99/month for 95 channels, Fubi Family at $64.99/month for 109 channels, and the Fubo Elite at &79.99/month for 153 channels.

Vidgo offers 85+ Live TV channels for $10 for the first 2 months. It is one of the service providers that feature various live cable and satellite channels. After 2 months, the subscription costs will be $55/month. You can stream the Daily Show with the Comedy Central channel.

If you are looking for a channel to stream only the Daily Show, then CBS All Access will be your go-to channel. The ad-supported service only costs $5.99/month, and the ad-free channel costs $9.99/month. So it will be the cheapest option to stream the Daily Show on your Roku-connected TV.

Yet another service provider that features the Comedy Central TV channel is the Paramount Plus channel on Roku. It offers live TV channels like Nickelodeon, BET, MTV, etc. The ad-supported service only costs $5.99/month and the ad-free channel costs $9.99/month. The channel is available on the Roku Channel Store.

Can we watch the Daily Show on Roku?

Where can I see the Daily Show?

You can install the Comedy Central application on various streaming devices and stream the Daily show whenever and wherever you want.