How to Watch Network TV on Roku 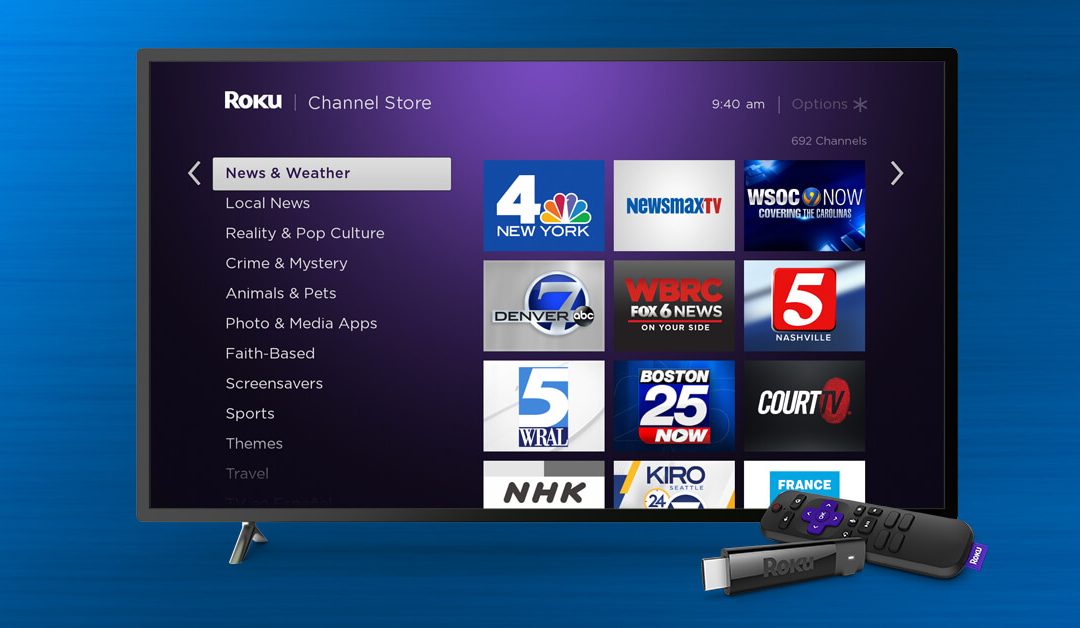 Roku never restricts its users with limited content. It allows you to stream over hundreds of free live TV Channels. You can enjoy watching different genres of content on Network TV on Roku. The mainly considered Network TV or Television networks are ABC, NBC, CBS, HGTV, and Fox. Roku with its Network TV satisfies everyone with something. It covers a wide area of content like entertainment, live news feeds, weather, sports, movies, TV reality shows, kids shows, series, and whatnot.

You can stream Network TV on Roku with many ways. Some of the easy and efficient ways are:

How to Stream Network TV with a Subscription service

You can watch Network TV via Subscription service and the Roku Apps that stream Network TV include:

1. Connect your Roku device to the TV and you will get the Homepage.

3. Search for any of the above mentioned subscribed service on Roku Channel store. Eg: CBS All Access

4. Tap the Add Channel button to get the app.

5. Open the installed app and sign-in with your subscribed account details.

How to Stream Network TV for free

Enjoy streaming Network TV for free with the natively available Streaming Apps on Roku, which are:

1. Press the home button on your Roku remote to get the Homepage

3. Search for any of the above mentioned Channels on Roku Channel store. E.g., WBRC FOX 6 News

4. Click the Add Channel button to get the app.

How to Stream Network TV with a cable Subscription

Network TV can be streamed on Roku via Cable or Antenna TV with a Subscription. Some of the cable Subscription apps that offers Network TV are:

Can you watch live TV on Roku for free ?

Enjoy instant access to more than 100 free live TV channels at any time. With live news and weather, sports, food & home, reality TV, science fiction, true crime, kids’ entertainment, and Spanish language content, we have something for everyone.

What channels are considered network TV ?

Can you watch network TV on Roku ?

Yes, there are live broadcast channels like ABC, NBC, CBS, HGTV, and Fox. If you have Roku TV, you can also connect an antenna to access live and local broadcast TV over the air