How to Watch Logo TV on Roku 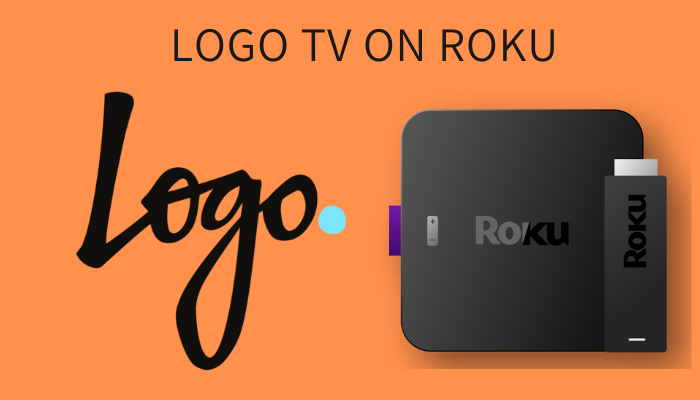 Logo TV is a basic cable channel. It was launched on June 30, 2005, and was founded by Matt Farber, a former MTV executive. Logo TV is owned by ViacomCBS Domestic Media Networks and was the first-ever advertiser-supported commercial television channel that focused on the LGBT community in the United States. Other than LGBT programs, it also consists of programs for lifestyle and entertainment. Unfortunately, logo TV is not available on Roku, but you can watch it through cable or streaming television services.

How to Watch Logo TV on Roku?

Since there is no Logo TV app available on Roku, you can use any one of the television services available below to watch Logo TV on Roku.

Philo is an internet television company. It was founded in 2010 by Tuan Ho and Nicholas Krasney at Harvard University. Its headquarters is located in San Francisco, California, United States. They follow the principle of a basic cable package over the internet to cut costs. That is, by neglecting Sports and other high-end channels, Philo gives you some of the cable network’s favorite channels at the cost of $25 per month. You can stream up to 3 devices simultaneously and create a total of 10 profiles per account. It has over 60+ channels, including Logo TV, Lifetime, LMN, COMEDY CENTRAL, MTV, and more. It gives you a 7-day free trial and is available on Roku. So, by having a Philo TV subscription, you can watch Logo TV on Roku.

fuboTV is a pay television streaming service available in the United States, Canada, and Spain. It was founded on January 1, 2015, and its headquarters is located in New York City, New York, United States. It is a streaming service that puts more focus on live sports. Sports channels like NFL, MLB, NBA, and more are available on fuboTV. It gives the users a total of 3 different subscription plans. They are Family at $64.00/ month, Family Plan with Showtime at $74.99/ month, and Ultra at about $84.99/ month. The difference between each plan varies in the number of screens, channels, and add-ons. The basic Family will include 114 channels, three simultaneous streams, 500 hours of DVR space, ESPN, and channels like Logo TV. Animal Planet is also available in the list of channels. By subscribing to fuboTV, you can watch Logo TV on Roku.

Sling TV is a Pay television streaming service operated by Sling TV LLC, a direct subsidiary of Dish Network. It was founded on February 9, 2015, and its headquarters is located in Meridian, Colorado, United States. Sling TV aims to complement the video on demand and Over-the-top services. It has a total of 3 subscription plans called Orange at $35/ month($10 for the first month), Blue at $35/ month($10 for the first month), and Orange & Blue at $50/ month($20 for the first month). The difference between each plan varies with the number of screens and channels. It gives you a 50 Hours DVR Storage and channels like AMC, Logo TV, Bravo, Lifetime, and more. It is one of the cheapest television streaming services available. You can watch Logo TV on Roku by subscribing to Sling TV.

DIRECTV Stream is a streaming multichannel television service which means you can watch it through cable television systems, Direct broadcast satellite providers, and other methods. It was founded on November 30, 2016, and its headquarters is located in EI Segundo, California, United States. DirecTV owns it and it is a standalone joint venture company between AT&T and TPG Capital. AT&T owns 70% of the shares, while TPG Capital owns the remaining 30%. It has a total of 4 plans, namely ENTERTAINMENT at $69.99/ month, CHOICE at $84.99/ month, ULTIMATE at 94.99/ month, PREMIER at 139.99/ month. The difference between each plan varies with the number of on-demand titles and channels. DirecTV gives you a Live TV stream, 55,000+ on-demand titles, 20 hours of Cloud DVR storage, and channels like Logo TV, LMN, Lifetime, ESPN, TNT, and more, based on the subscription plan you subscribed to.

You can only watch Logo TV on the services mentioned above, and television services like Hulu and YouTube TV do not support Logo TV. If you are facing any issues? Leave your comments in the comment section below.

No, Logo TV is not available on Hulu.

(3) Is there a separate app for Logo TV on Roku?

There is no separate app for Logo TV, but you use a streaming television service available on Roku to watch Logo TV.