How to Watch Jeopardy on Roku [Alternative Ways] 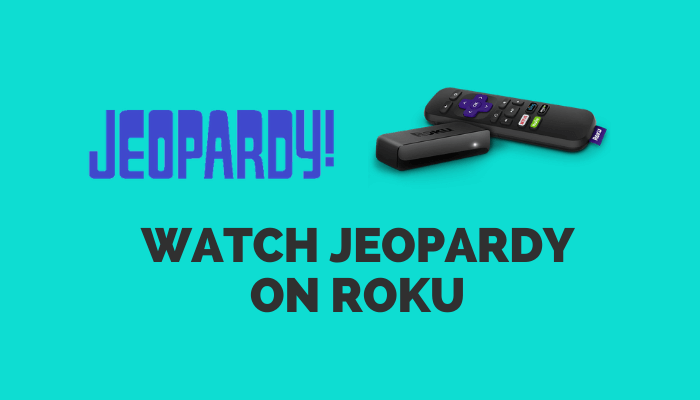 Jeopardy is a popular American game show which has been broadcast since 1964. This is a quiz show that is opposite to the question-and-answer format. Here, the contestants will be given a general knowledge clue from which they have to identify the person, place, or idea that the clue depicts. Moreover, Jeopardy has a total of 38 seasons, and it currently holds the record for longest-running game shows of all time. In addition, the 39th season of Jeopardy is set to premiere on September 12, 2022. Jeopardy is streaming only on the ABC channel. So, you need to add the ABC channel on Roku to Stream the Jeopardy game show.

How to Watch Jeopardy on Roku Via ABC Channel

With the ABC channel on Roku, you can stream the Jeopardy game show for free.

(1). Go to the home screen by pressing the Home button on your remote.

(2). Select Streaming Channels in the menu, and it opens Channel Store.

(4). Type ABC using remote and choose it from the suggestions.

(5). Select Add Channel to install the channel on Roku.

(6). Once the channel is added, select the OK button from the prompt.

(7). Now, click on the Go to Channel option to launch the ABC app.

(1) Open a web browser on your smartphone or PC.

(2) Visit the official website of the Roku Channel Store.

(4) Click on the Search channels bar; enter ABC and search for it.

Note: It will take about 24 hours for the app to be available on Roku. If you want the ABC app immediately, update Roku.

How to Activate ABC Channel to Stream Jeopardy on Roku

(1). Launch the ABC channel, and you will get an activation code on the screen. Note the Activation Code.

(2). Go to the ABC activation website https://abc.com/activate on a web browser. Enter the Activation Code and click Continue.

(4). Go back to the ABC app and search for Jeopardy.

(5). Choose any episode you want and enjoy streaming it on Roku.

How to Stream Jeopardy on Roku without Cable

You can stream Jeopardy on Roku with the DirecTV Stream as it offers the ABC channel. To get the ABC channel, you need to subscribe to the Entertainment plan at $69.99 per month. You can also record the Jeopardy shows to watch them later with the unlimited cloud DVR storage feature.

YouTube TV on Roku is one of the good platforms to stream Jeopardy as it offers ABC. It supports unlimited cloud storage to record the content. Hence, you don’t want to miss any episodes of this game show. So, get a subscription to YouTube TV at $64.99 per month and stream the Jeopardy game show with the ABC channel.

1. Where can I stream Jeopardy for free?

Pluto TV is the only platform that streams Jeopardy for free.

2. Is Jeopardy on fuboTV?

Yes, Jeopardy is streaming on fuboTV.