How to Add and Watch WNBA on Roku 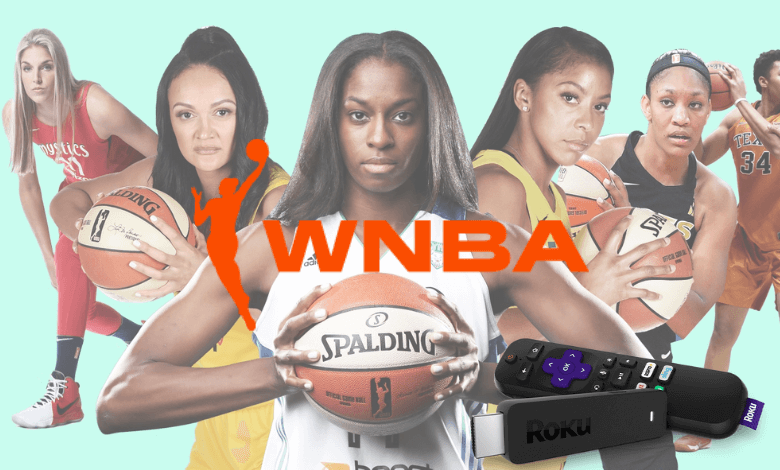 Women’s National Basket Association, shortly known as WNBA, is another professional Basketball league in the United States. It is composed of 12 teams. You can stream the WNBA games with League Pass on various platforms. There are channels like CBS, ABC, EPSN, and NBA TV that stream the game too. Also, there is a dedicated app to stream the WNBA games on Roku. So, you can access the basketball games of your favorite teams on your Roku easily.

How Much is the WNBA League Pass

To stream on the WNBA app, you may need to subscribe to the league pass first. It costs $9.99 for all season-long matches for a single team. To access all the teams, you need to purchase a subscription at $16.99 for a season. If you want to watch a single game, it costs $1.99.

How to Add WNBA on Roku

1. Get to the Roku home screen.

2. Next, select the Streaming Channels option from the left pane.

3. Navigate to and select the Search Channels option.

4. Use the on-screen keys to enter and search for WNBA.

5. Pick WNBA from the search results.

6. Select the Add Channel button from the channel info screen.

7. Once the adding process completes, select the OK button from the prompt.

8. After that, choose the Go to Channel option to launch the WNBA channel.

10. You can now enjoy streaming WNBA games on your Roku.

How to Watch WNBA Games with Live TV Streaming Service

The WNBA games are streaming on channels like ESPN and CBS Sports. So, the following are the streaming services that offer the supported channels to stream the WNBA games.

You can get access to YouTube TV on Roku with a subscription plan at $64.99 per month. The subscription plan includes channels like ESPN and CBS Sports. Also, this streaming service offers unlimited cloud DVR storage to record your favorite shows.

Alternative Method – How to Screen Mirror WNBA to Roku

After you enable the screen mirroring on Roku, you can mirror the WNBA app from your Android devices like smartphones or tablets.

1. Connect your Android device and Roku to the same wifi network.

2. Then, install the WNBA app from the Google Play Store.

3. Next, go to the Notification Panel and tap on the Cast icon.

4. Now, choose your Roku device from the list of available devices.

5. After that, your Android device’s screen will be mirrored to your Roku TV.

7. Finally, you can mirror the WNBA games to your Roku TV.