How to Watch CBC Gem on Roku [Inside & Outside the USA] 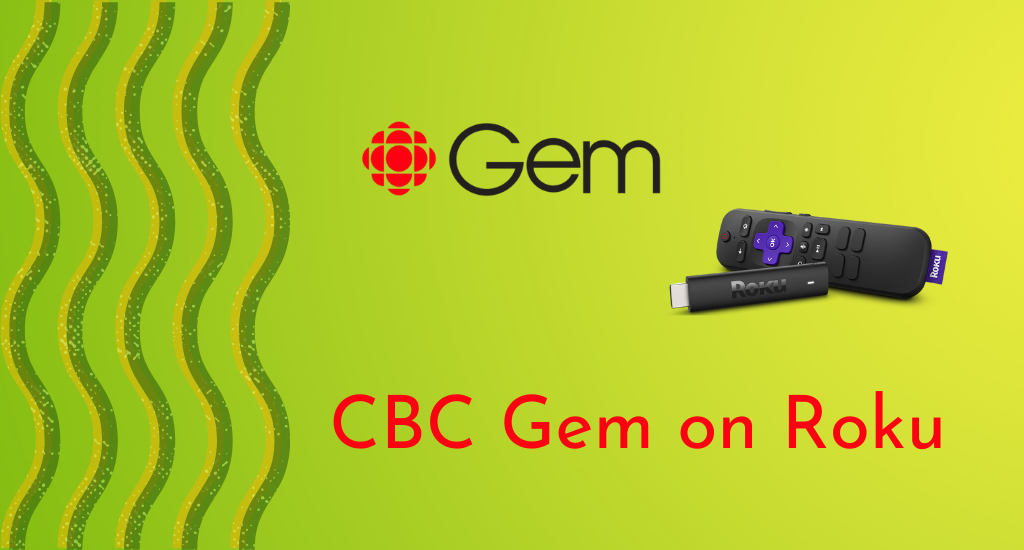 CBC Gem is a popular streaming service that is available only in the Canadian region. It streams live news, sports, kid’s shows, and more entertainment content. Some of the popular shows available on CBC Gem are Schitt’s Creek, Luther, Kim’s Convenience, and more. Moreover, you can also stream CBC Gem on Roku.

How Much is CBC Gem on Roku

You don’t need a subscription to stream on the CBC Gem platform. The only problem is the ads that will be displayed in between your streaming. However, you can remove the ads by subscribing to the premium plan at $4.99 per month.

Note: You can subscribe to CBC Gem through their official website. In addition to the subscription, you will get access to the CBC News network for free.

Can you Get CBC Gem on Roku

Yes, you can get the CBC Gem on Roku. But unfortunately, CBC Gem is not natively available for download in the Channel Store. So, you need to screen mirror the CBC Gem app to Roku from Android and iOS devices.

How to Get CBC Gem on Roku

You can screen mirror the CBC Gem to Roku from Android or iOS devices as follows:

How to Screen Mirror CBC Gem on Roku From Android Device

First, go to the Roku Settings and enable the screen mirroring on Roku. Then, you can follow the steps below:

1. On your Android Smartphone, open the Google Play Store and install the CBC Gem app.

2. Next, connect your Android smartphone to the same wifi network as your Roku device.

4. Then, bring the Notification Panel down by swiping the screen from up to down.

5. Tap on the Cast icon and choose your Roku device.

6. Now, your Android device’s display will be mirrored to Roku.

7. Go back to the CBC Gem app and mirror your favorites to your TV.

How to Screen Mirror CBC Gem on Roku from iOS Devices

Make sure to enable the AirPlay feature on Roku and follow the steps below:

1. Connect your iOS device to the same wifi network as your Roku.

2. Install the CBC Gem app on your iOS device from the App Store.

3. Launch the Control Centre on your iOS Smartphone and tap on the Screen Mirroring icon.

4. Select your Roku device from the list of appeared devices on the screen.

6. Select and play any of your favorite movies or TV Shows.

7. Finally, you can enjoy watching these shows on your TV.

How to Screen Mirror CBC Gem to Roku from Windows PC

1. Ensure that you have enabled the screen mirroring on Roku.

2. Connect your Windows PC and Roku to the same wifi network.

3. Go to Settings on your Windows PC.

5. Click on the Display option from the left pane.

6. Scroll down and click on the Connect to a wireless display option.

7. Select your Roku device from the Connect window that is displayed on the screen.

8. Now, your Windows PC’s display will be mirrored to Roku.

9. Launch a web browser and visit the official website of CBC Gem.

11. Play and stream your favorites on your TV.

Can I watch CBC Gem in the USA?

Yes, you can connect to a VPN and stream on the CBC Gem inside the USA.