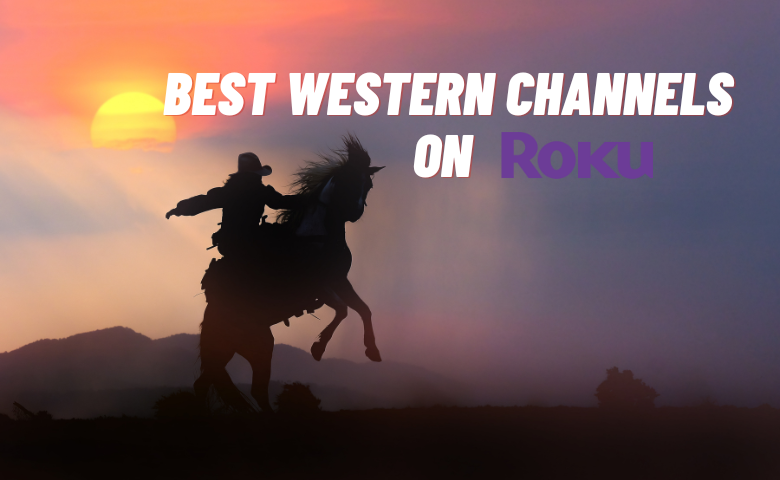 The Western is a genre of fiction typically set in the 19th or early 20th century in the Western U.S, a sparsely populated crime-ridden landscape with threatening gunslingers and controlling Sheriffs. Using a Roku device, you can stream all of your favorite content. Likewise, Roku users can also stream western movies and TV shows with the best western channels on Roku.

We have eight best western channels for you. They are:

FilmRise Western is the best in this business, offering the best Western content in various forms such as movies and TV programs, including Hollywood classics, modern westerns, and western-themed comedy and documentaries on Roku. The greatest perk of this channel is content is updated daily. So, you will be occupied here for sure.

Western Mania has a dedicated spot with a vast library to enjoy the adventures of the Old West, Cowboys & Indians, Ranchers, cattle rustlers, horse thieves, Outlaws, gunfighters, lawmen, and iron women by feature films, b-westerns, and western TV series on Roku. What else a western fan wants more than this?!

Western Classics Movie Channel opens the gate to the golden era of Hollywood through its shows. With this channel, you can watch western content from legendary characters like John Wayne, The Lone Ranger, Annie Oakley, and more. Moreover, this channel updates its content on a regular basis. So be sure to check back to see what’s new.

Free Western Movies is a collection of both classic movies and television favorites with ads. But as the name itself suggests, this channel is always free for everyone to enjoy. It includes classic Westerns, Spaghetti Westerns, Singing Cowboys, Western Television, Tex Ritter, John Wayne, Lee Van Cleef, Ken Maynard, Bob Steel, and so much More! Enjoy all of them on screen on Roku here.

If you are a TRUE Western film fan, you may have many of the titles that are so far in DVD collections on The Westerns Channel. Additionally, you can have many western movies and TV show episodes you have likely never seen. You can also stream new original western-based entertainment shows here on Roku. Another jaw-dropping spec of this app is it is completely ad-free.

As the name itself suggests, you can avail lots and lots of classical and epic Western movies here. The channel has a distinct library like Most Popular movies and New Releases channels so that you can pick and watch the best Western movies. So, grab the western classics channel if you don’t want to miss the best classical Westerns on Roku.

Amazon Prime Video has the best Westerns among all the other streaming apps.

(2) What are some of the best western movies?

Unforgiven, The Searchers, The Good, the Bad and the Ugly are some of the best Western films ever made.