How to Install and Use AXS TV on Roku TV 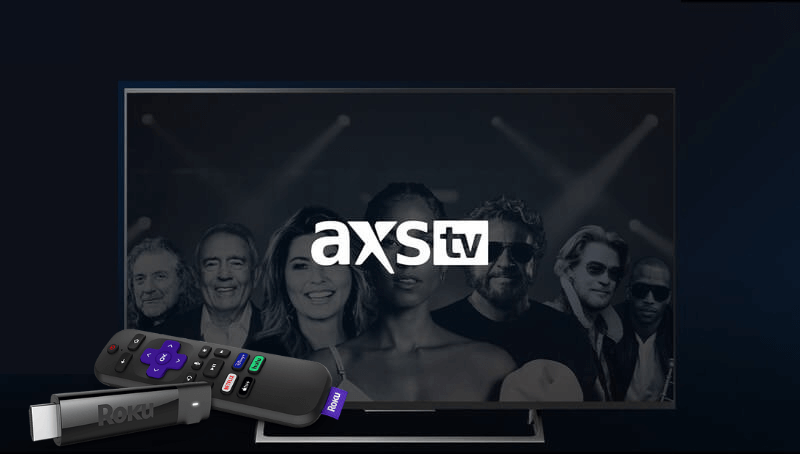 AXS TV is an American Television channel featuring Anthem Sports and Entertainment. AXS TV subscribers can stream select programming live through apps. Without subscribing to the channel, you cannot live stream AXS TV’s programming. AXS TV can also be streamed without cable with some of the streaming services like Philo, Sling TV, and AT&T TV Now. It is a source for anything and everything happening in pop culture, music, and entertainment. AXS TV can be directly added from the Roku Channel Store. You can follow the below steps which are very simple.

How to Add AXS TV on Roku

AXS TV can be directly added to your Roku device by following these steps.

1. Press the Home button on your Roku remote and go to the Home page.

2. Head over to the Streaming Channel option from the main menu.

3. Click on the Search option at the right-side menu.

4. Enter AXS TV on the search bar and search for the app.

5. Select the AXS TV app from the suggestions.

6. On the app info screen, click on Add Channel button.

How to Activate AXS TV on Roku

After installing the app on your Roku device, you have to activate the channel to start streaming.

1. Launch the AXS TV on your device.

2. Note down the activation code displayed on the TV screen.

3. Visit https://axs.tv/activate/ site from another device.

4. Enter the Activation key on the site and click the Submit button.

5. Your Roku TV screen will display the Home page.

6. Now, start streaming your favorite content on the big screen.

Related: How to Watch Vikings on Roku using Streaming Services

You can get AXS TV with Philo on Roku, which is a new streaming service in the world. People who are seeking low-cost service will find Philo as the best. Philo has only a single subscription plan costing $20 per month with 58+ channels. The service does not carry sports, news, and local channels.

AT&T TV Now provides live TV streaming and on-demand content. If you want to watch AXS TV without cable on AT&T TV Now, you need to subscribe for the entertainment plan that costs $93 per month or a higher plan. AT&T TV Now users can stream it on up to 3 devices at once. It supports up to 500 hours of content using a cloud-based DVR.

These are the ways you can follow for streaming AXS TV on your Roku device. You can full episodes from AXS TV’s extensive music entertainment library, sneak Peeks of upcoming shows, and more. It is one of the best channels for music concerts, interviews with musicians, etc. Hope that we have given an explanation on this topic. If you have any suggestions, leave them below in the comment section.